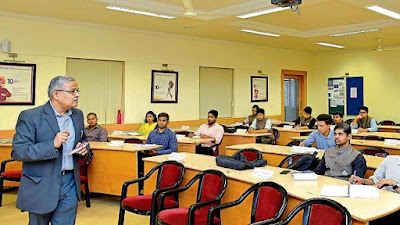 Simran Kaur Reel, 24, is interning with the Bharatiya Janata Party’s (BJP) women’s wing; Sahil M Parsekar, 22, is working as a volunteer with the Aam Aadmi Party (AAP) in the national capital. While the two have different political affiliations, what they have in common is the fact that both have got formal training in politics. Parsekar attended a master’s programme in political leadership and government at the MIT School of Government (MITSOG) last year and Reel completed a post graduate programme in leadership, politics, and governance at the Indian Institute of Democratic Leadership (IIDL) this February. Her convocation is scheduled to be held in Delhi in May, when she will get her certificate.

In fact, they are among hundreds of young aspiring politicians who believe that politics, like any other occupation, requires formal training. And catering to them are a host of private institutes that offer certificate, diploma and degree courses in electoral politics and governance, whose duration ranges from one to two years, and fee from Rs 3 lakh to a whopping Rs 16 lakh. There are a few, cheaper online courses, too, whose curriculum covers topics such as “identifying the social cause to make your profile, creating a lobbying plan,” media management and political oratory, among others.

“These days, politics, especially electoral politics, is more complex and competitive than it used to be. And like any other profession, one needs the training to succeed. I want to contest elections in a few years, and the course has prepared me for that by providing me with both practical and theoretical knowledge of the subject,” says Reel. As an intern with the BJP Mahila Morcha’s national office, she says, she helps the president of the women’s wing with speeches, goes on poll campaigns and makes campaign reports. “Post 2014, electoral politics have changed completely. The general elections have become more like the American presidential elections in style and require a whole new kind of marketing and management. The course has equipped me with the requisite tools and training,” says Parsekar.

So far, 50 students, including Reel, have completed the programme at the Mumbai-based IIDL, which was launched two years ago. Her batch had 18 students in the age group of 22 to 30 years, with Reel being one of the only three women in the course.

“In the first year itself, our programme got 800 applications and almost the same number in the second year. Students have to write a statement of purpose and appear for an interview, which helps us gauge the applicants’ thoughts, ideology, commitment and leadership qualities. Most of them are young, aspiring politicians from different backgrounds, including engineering and management,” says Ravi Pokharna, the deputy dean of IIDL. “Some of these youngsters, who are socially and politically aware, quit their well-paying jobs with multinational companies to join the course”.

The IIDL’s curriculum includes ‘basic political concepts, media management, constituency management, public speaking and nationalism,’ among others. The idea behind the course, Pokharna says, is to help those without any political background and connections to break into politics by giving them the required knowledge, exposure and practical skills.

“Today, the youth is aware, highly motivated and wants to play a proactive role in the democratic process. Political parties, too, are looking for young talent. We wish to produce trained and responsible leaders for a new India,” says Pokharna. Classroom lectures for the one-year residential programme are conducted at the IIDL’s 14-acre campus on the outskirts of Mumbai by “academics, subject and domain experts, policy makers, elected representatives, politicians, administrators, journalists and activists”.

“From next year, our diploma will be recognised by the Yashwantrao Chavan Maharashtra Open University,” he says.

The MITSOG, Pune, is vigorously promoting its two-year programme — MA in political leadership and government. The institute derives its name not from the Massachusetts Institute of Technology, but from a private university called MIT World Peace University, which issues the master’s degree to MITSOG students. A total of 36 students are currently attending the two-year degree course at the MITSOG, which claims to have 400 alumni in politics and government. Until last year, the institute offered a one-year programme in the subject. “We felt the subject of politics and governance is too deep and wide. Politics has become very competitive, the average age of politicians has been decreasing and people’s expectations from their leaders and elected representatives are increasing. Hence, we need trained political leaders more than ever before. Our students come from all over the country, including states such as Uttar Pradesh, Rajasthan, Delhi, Tamil Nadu and Maharashtra,” says prof Parimal Sudhakar, head, MITSOG.

At least 50% of the content of the course, which costs ₹2.5 lakh, he says, is about election procedure and covers topics such as election management techniques, conducting pre-poll surveys and analysing social media for election strategy. The course combines classroom teaching and practical exposure that includes trips to offices of political parties, government offices and other organisations.

“That also helps them get access to the top political leadership in the country, which otherwise might take years. In fact, access, and an opportunity to network are some of the most important parts of this programme,” says Sudhakar.

Many of those who have attended these courses say the training has also given them a rare insight into politics and politicians.

“I come from a very conservative family of traders, which has nothing to do with politics. But personally I have always felt strongly about issues of governance and politics,” says Prashant Herekar, an IIDL alumnus, who is currently interning with a Lok Sabha candidate in the Secunderabad constituency. “The course has given me an inside knowledge of how party politics work, frictions within a party and how voters respond to a candidate. I am prepared to take a plunge into politics,” says the 23-year-old, who quit his job with a multinational company last year to attend the course.

These political training institutes have a uniform for their students—kurta-pajamas and jackets, which they are required to wear not just at the institute but also during study trips. But should new age leaders be wearing something associated with old, traditional politics? “This is a symbol of Indianness; besides, we do not want our students to hide their political ambitions,” says Sudhakar.

The Institute of Political Leadership, Delhi, charges a whopping
₹16 lakh for its one-year “complete leadership course” for aspiring Members of Parliament, and ₹8 lakh for a similar course for aspiring MLAs. Shahnawaz Chaudhary, the director of the institute, says the institute has a strict admission criteria which includes a psychometric test.

A new batch of 30 students started Friday at the Institute’s office in central Delhi. “Those attending the courses are mostly aspiring as well practising politicians in the age group of 25 to 40 years. Some of them are as young as 18 years. We teach them both old and new ways of election management. Our ultimate objective is to improve the quality of political leadership in the country,” says Chaudhary, who taught management at private management colleges and also to civil services aspirants before he got into political training. Chaudhary, whose YouTube channel refers to him as “India’s first political trainer”, was unwilling to discuss the content of his ₹16 lakh course and also did not agree to HT’s request to attend one of his classes, saying, “The media is not allowed in the classroom.”

Since his institute wishes to produce better leaders, what, according to him, is the biggest problem as far as the current crop of politicians is concerned? “There is a huge gap in what they say and what they do. Very few fulfil their promises. We need electoral reforms. Our elected representatives should be held accountable for not fulfilling promises made in their manifestos, which is a breach of trust and a fraud perpetrated on voters,” says Chaudhary.

For those who don’t have time to attend classes, there are institutes in Delhi that offer online certificate courses too.

Take for example Delhi-based Indian Academy of Law and Management, which offers a certificate course in “professional politics”. The 10-module, six-month course, costs ₹8,500 and covers topics such as identifying social causes to profile yourself, leveraging print media, creating a lobbying plan and managing political campaign, among others.

“Our courses have PPT, PDF and video lectures. We take an online test after completion of every module and the certificate is also issued online. About 200 people are currently enrolled in the course,” says Prerna Rawat, a counsellor with the institute. 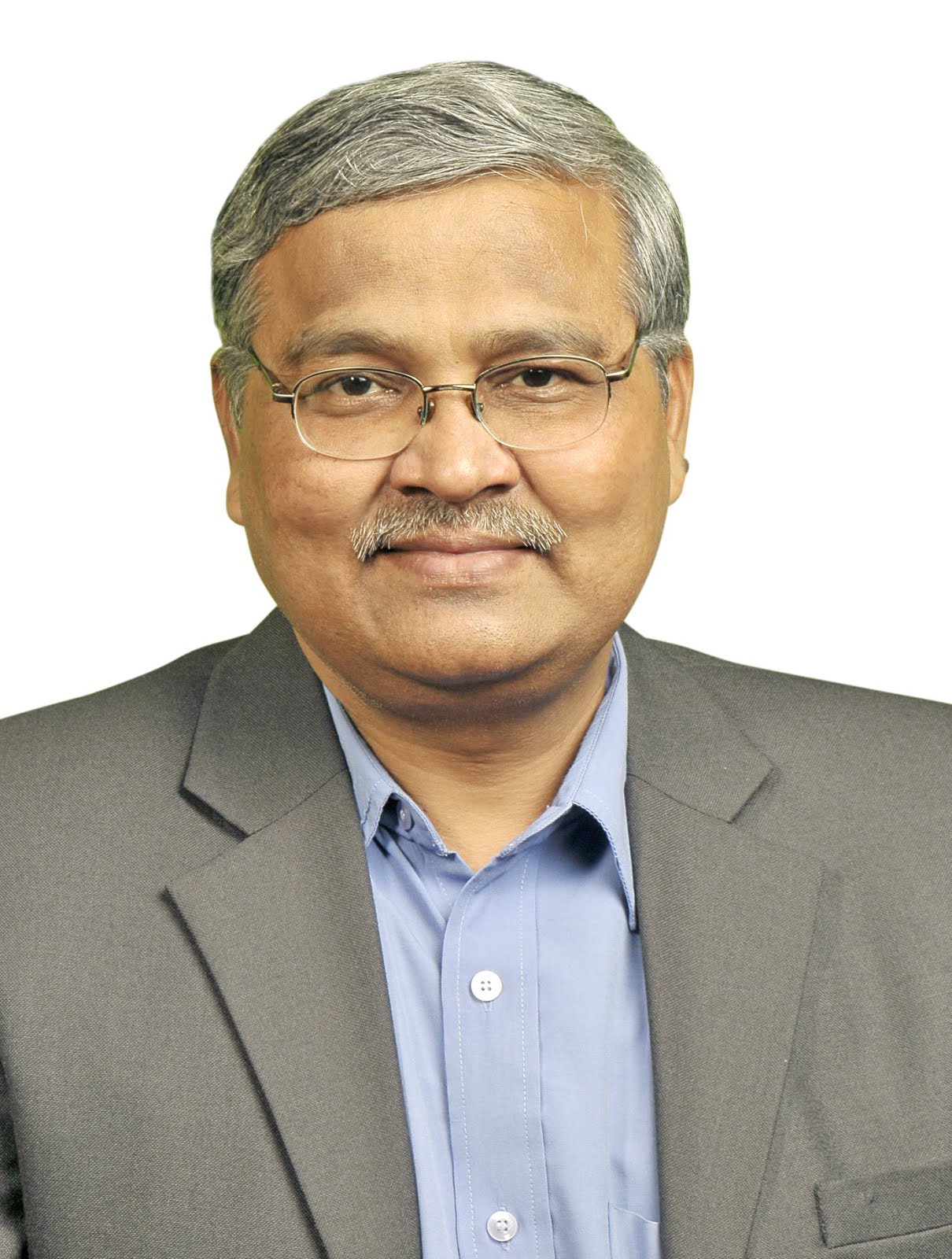 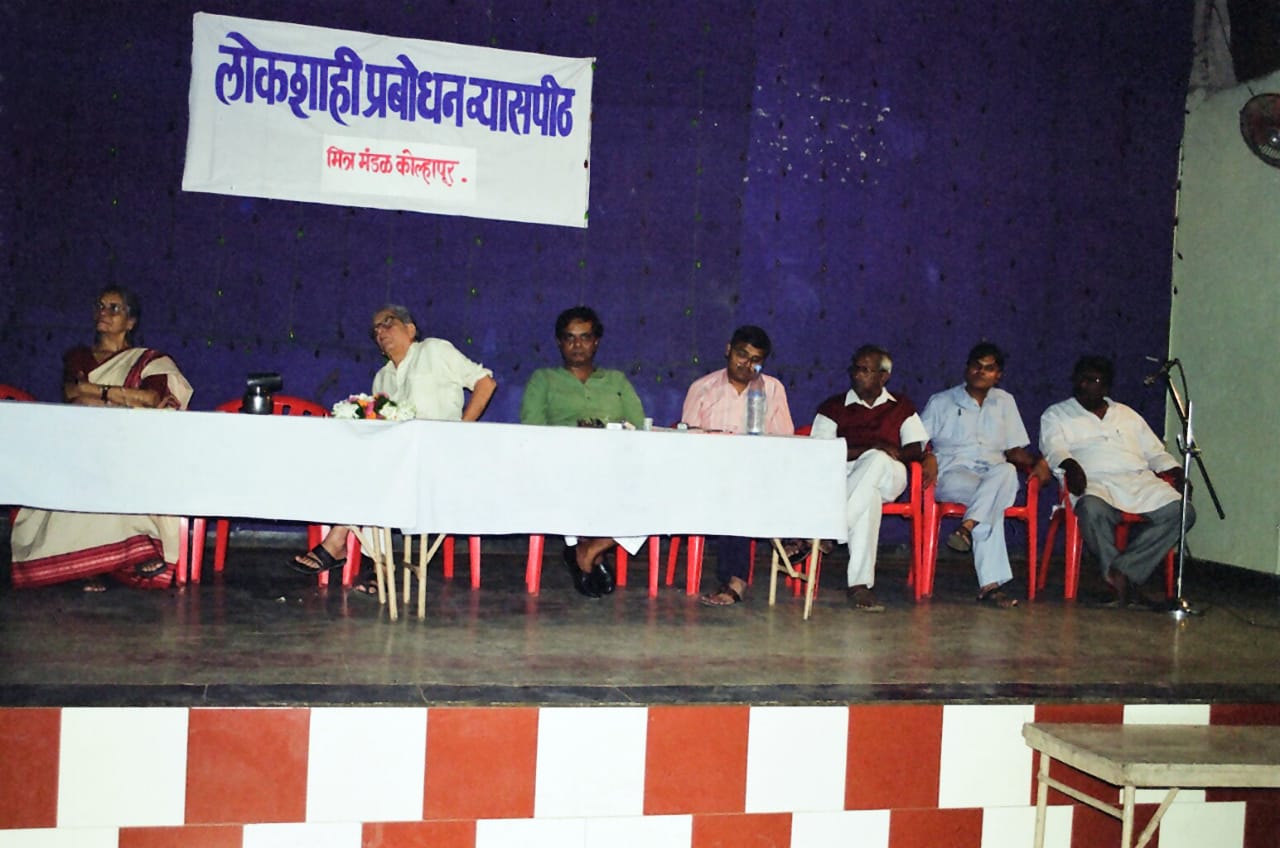 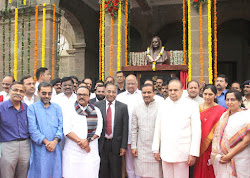 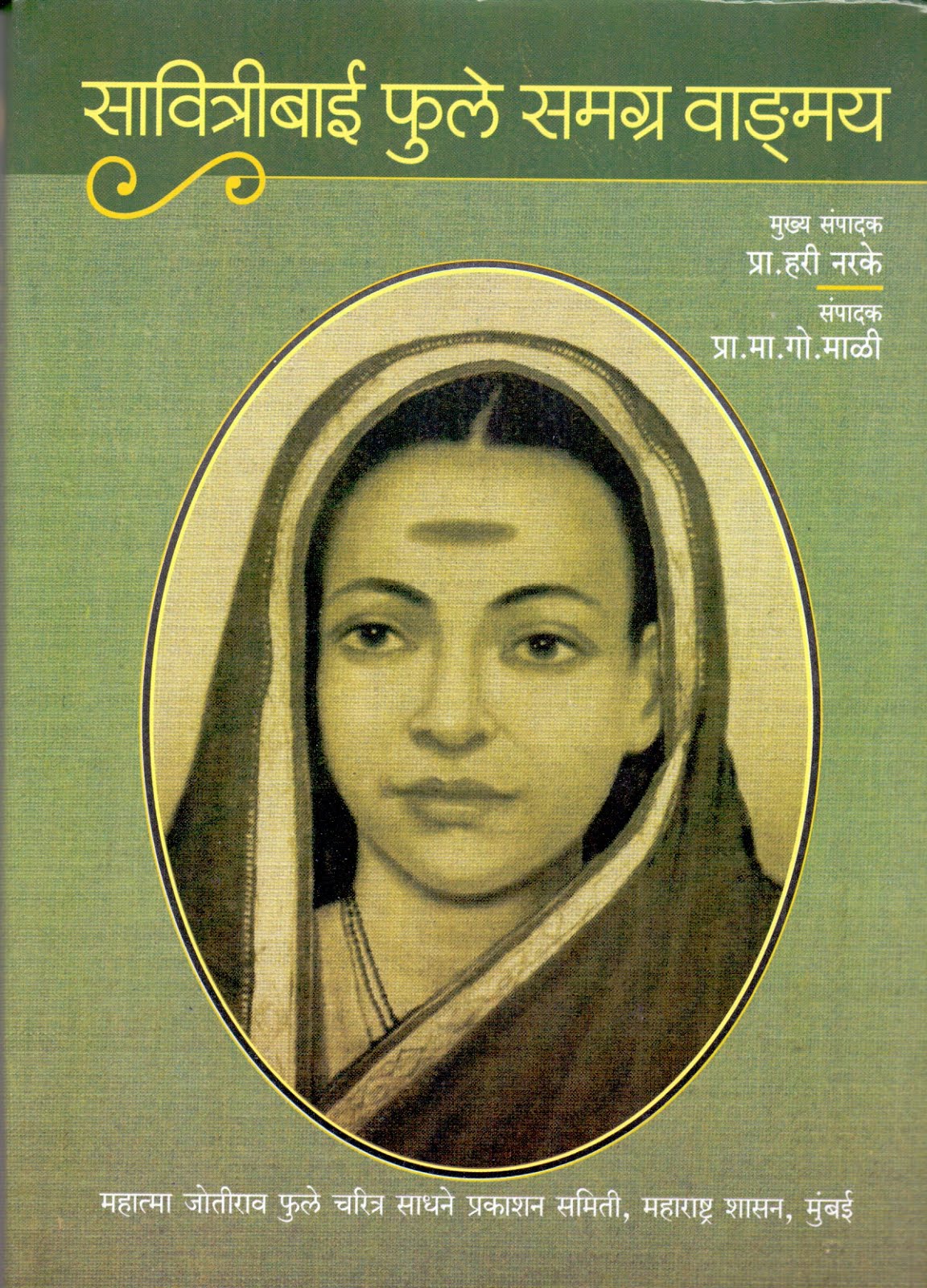 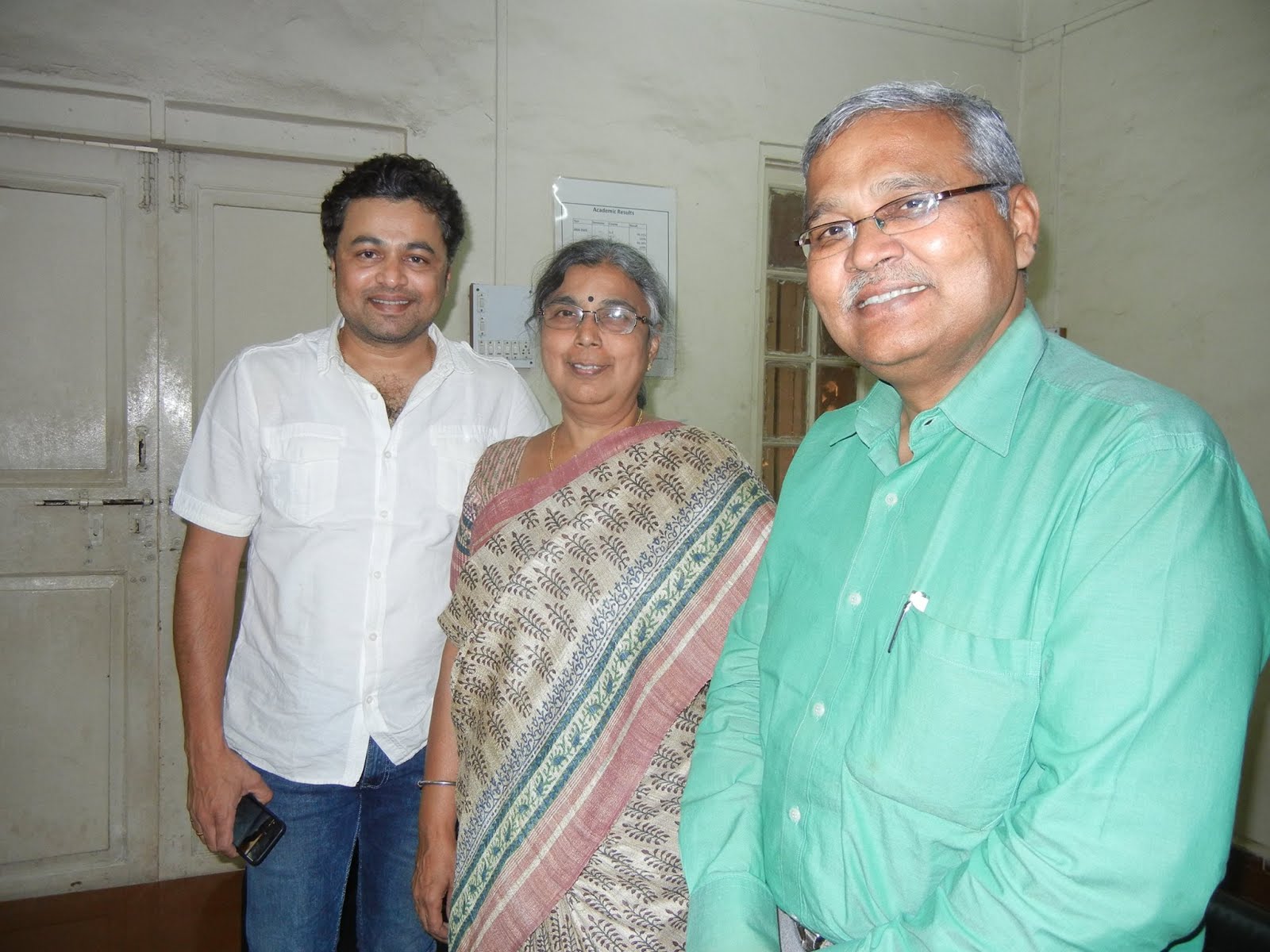 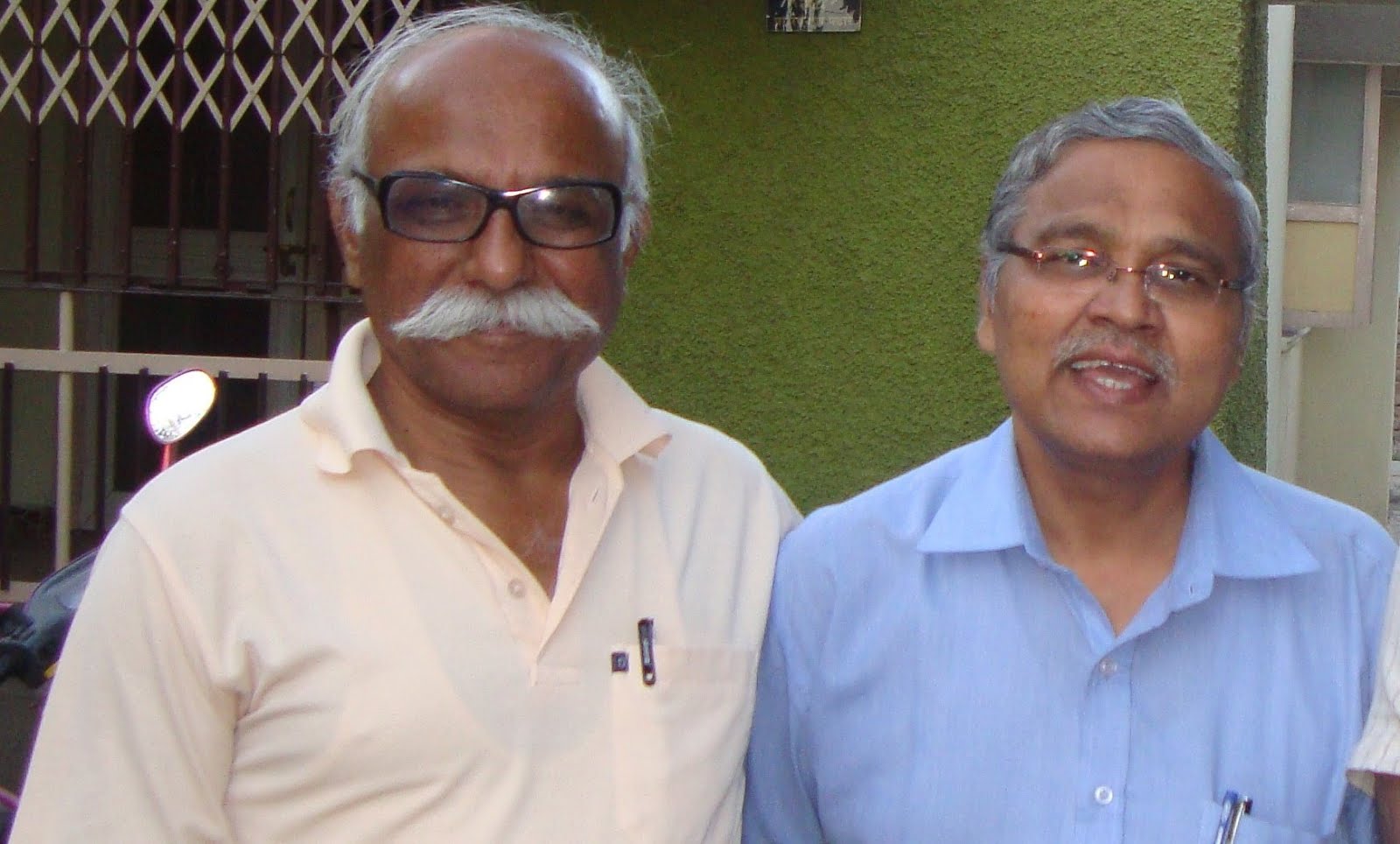 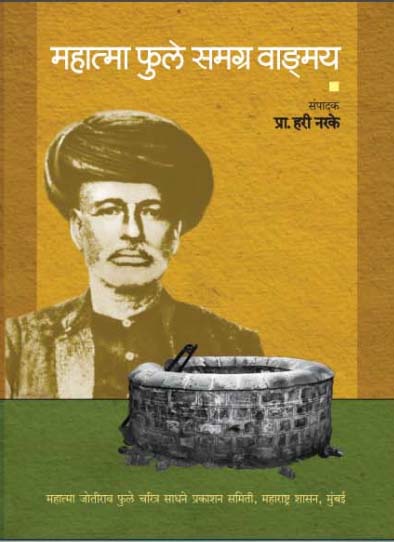 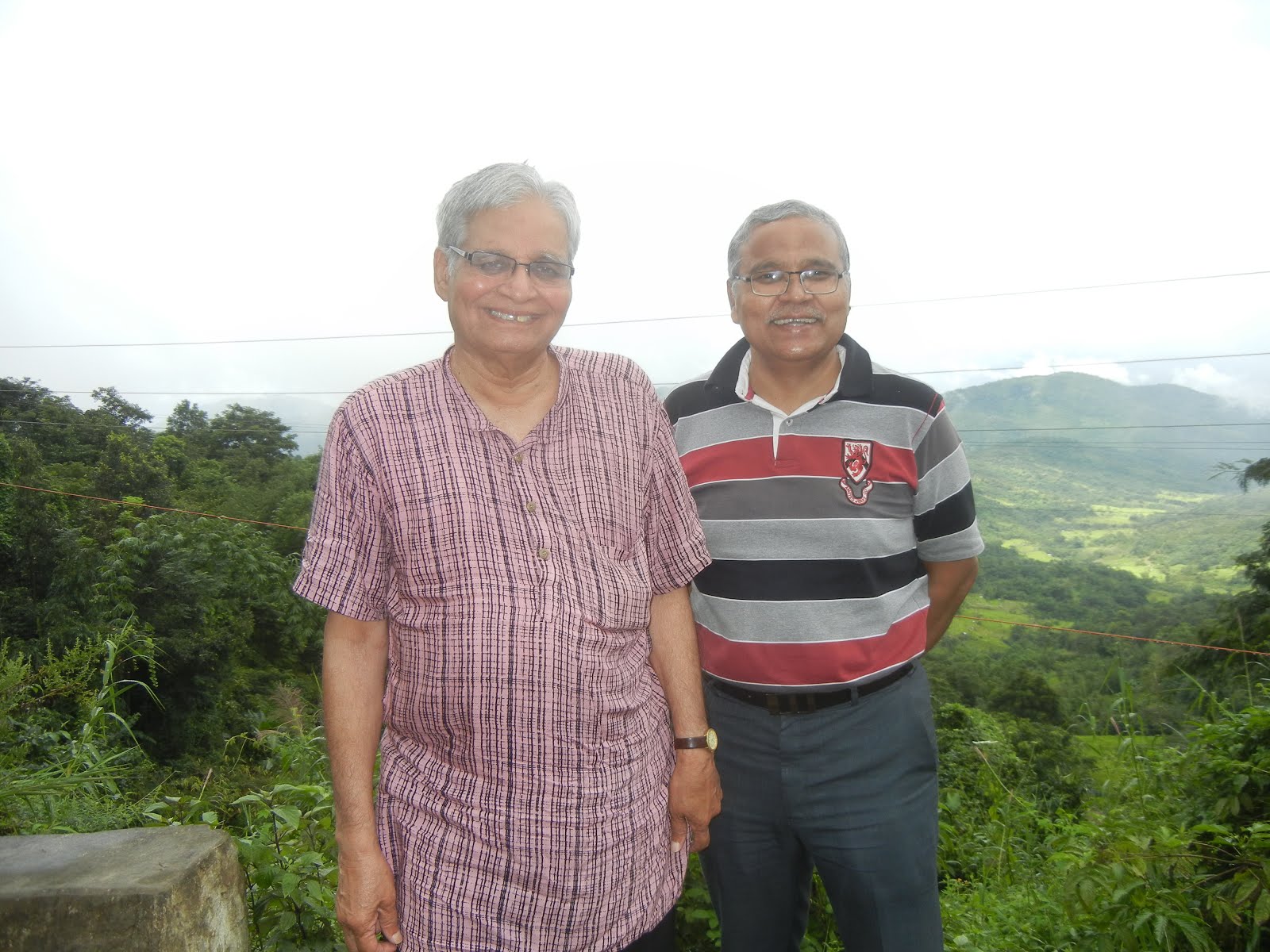 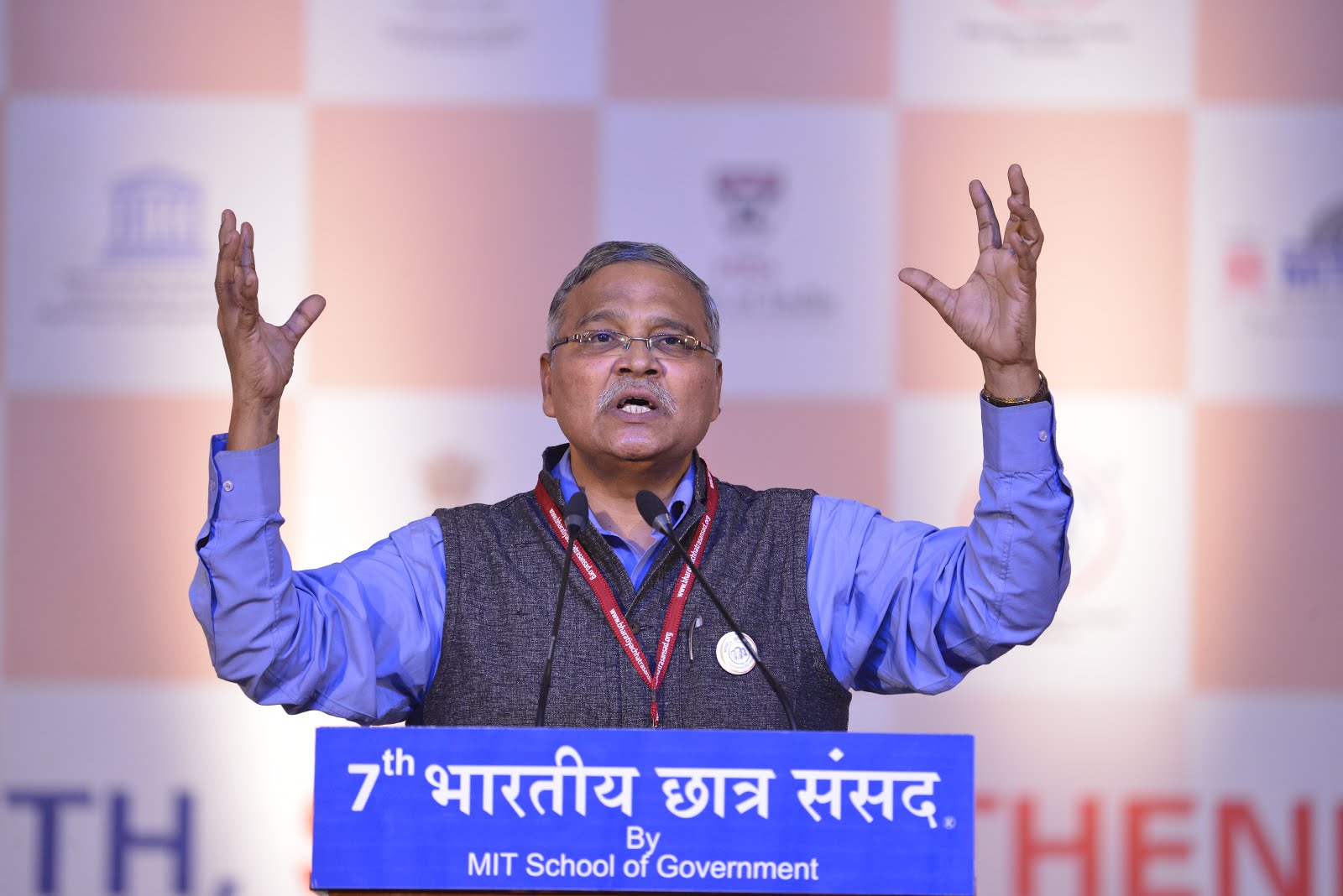 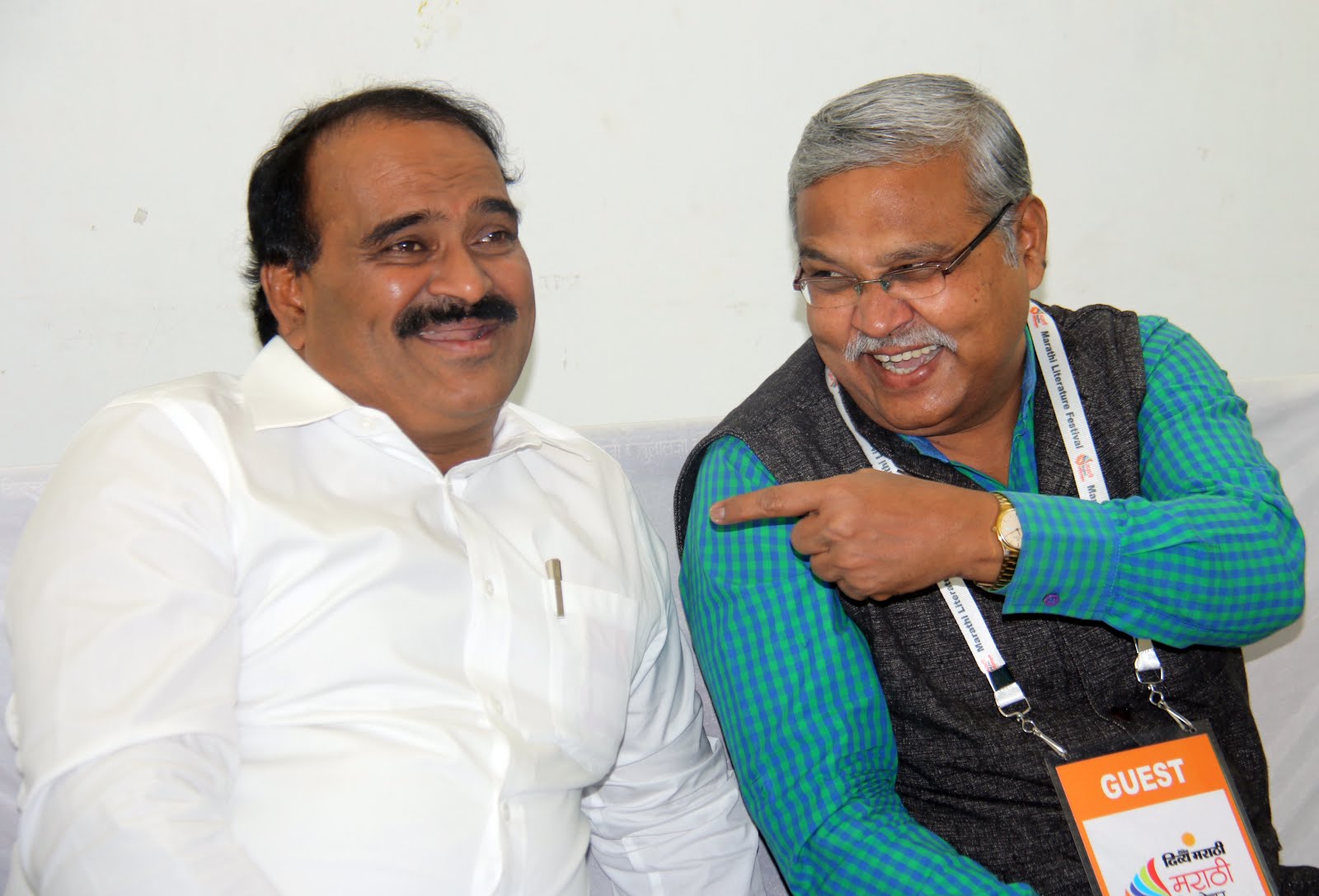 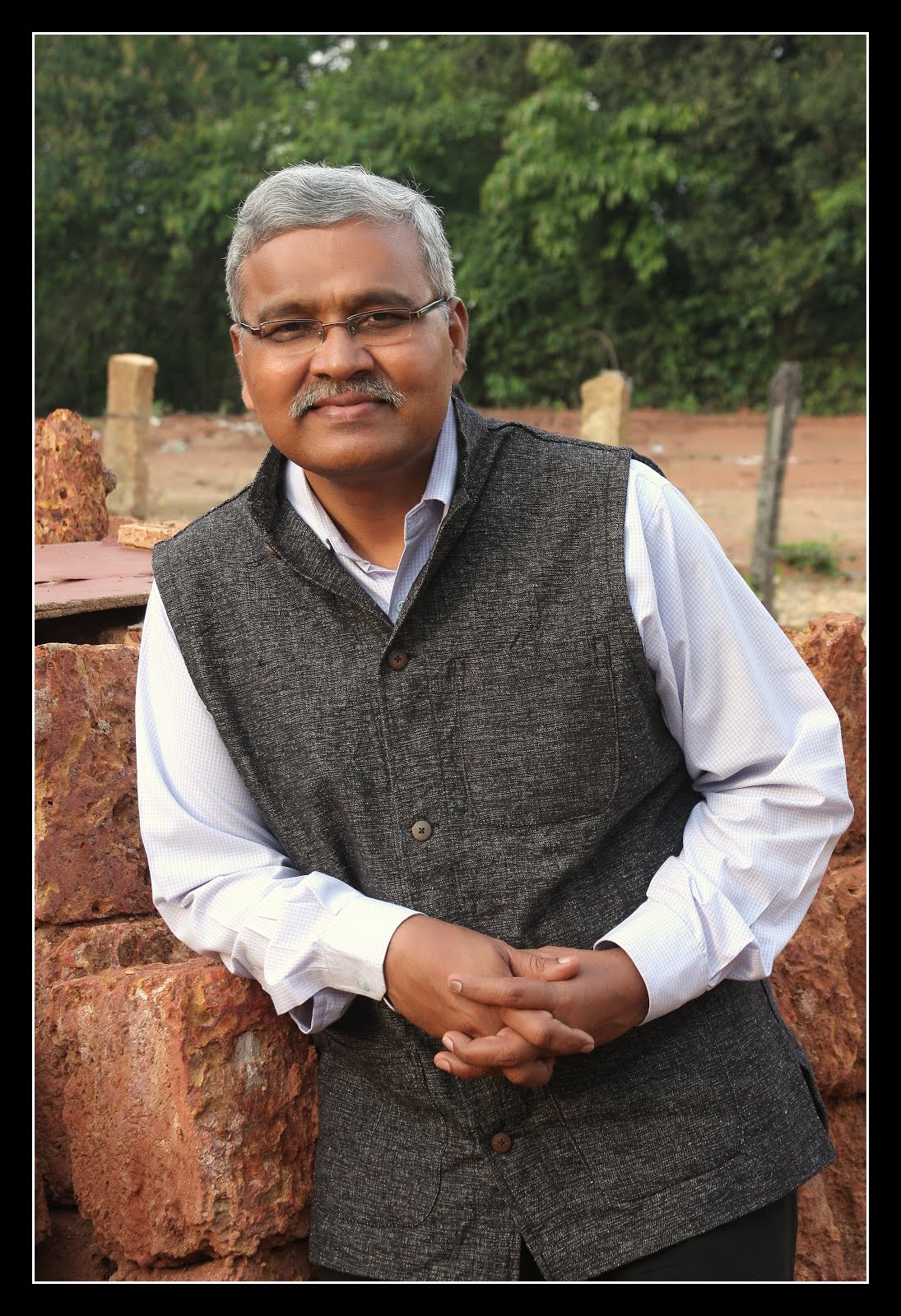 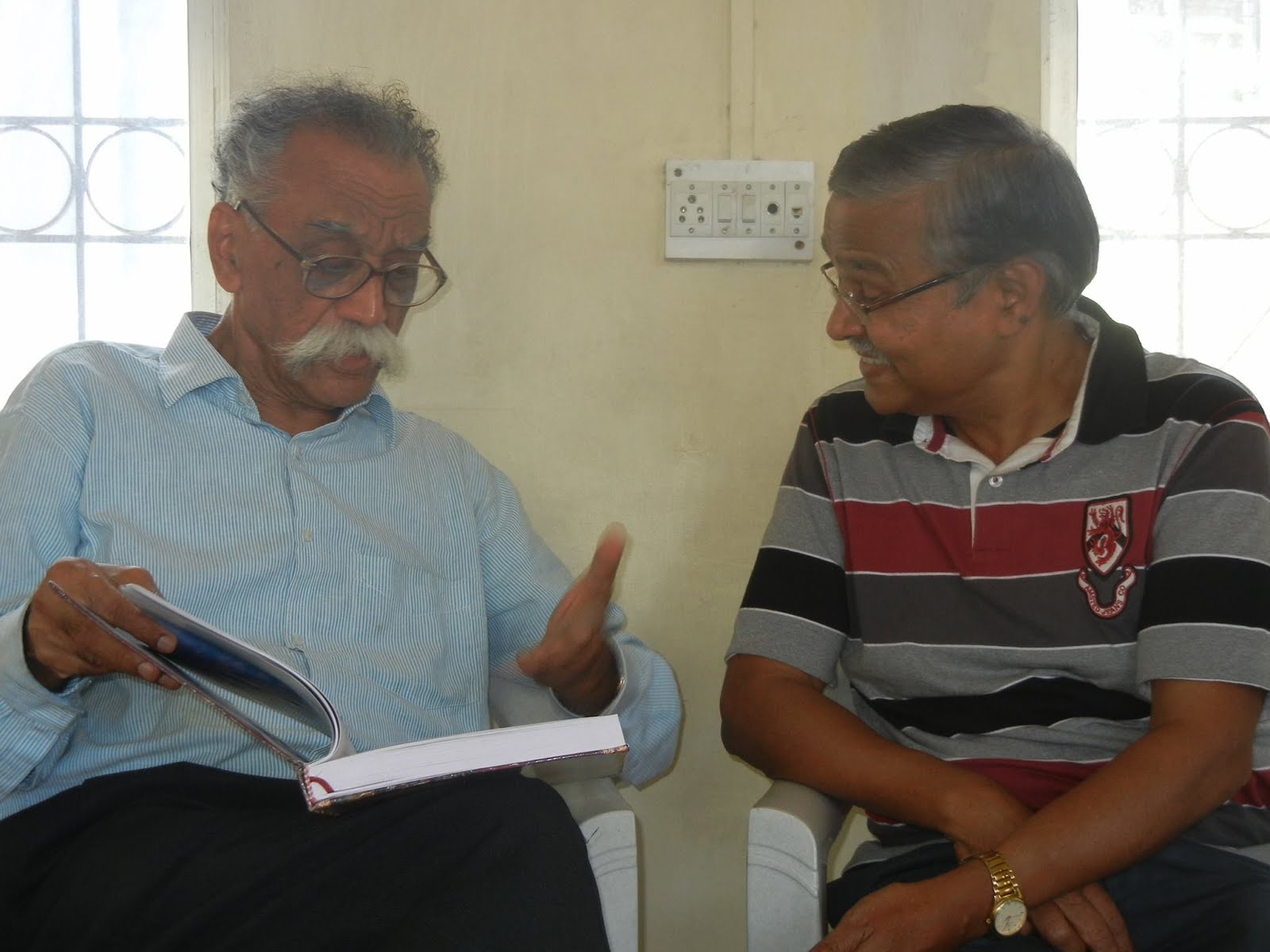 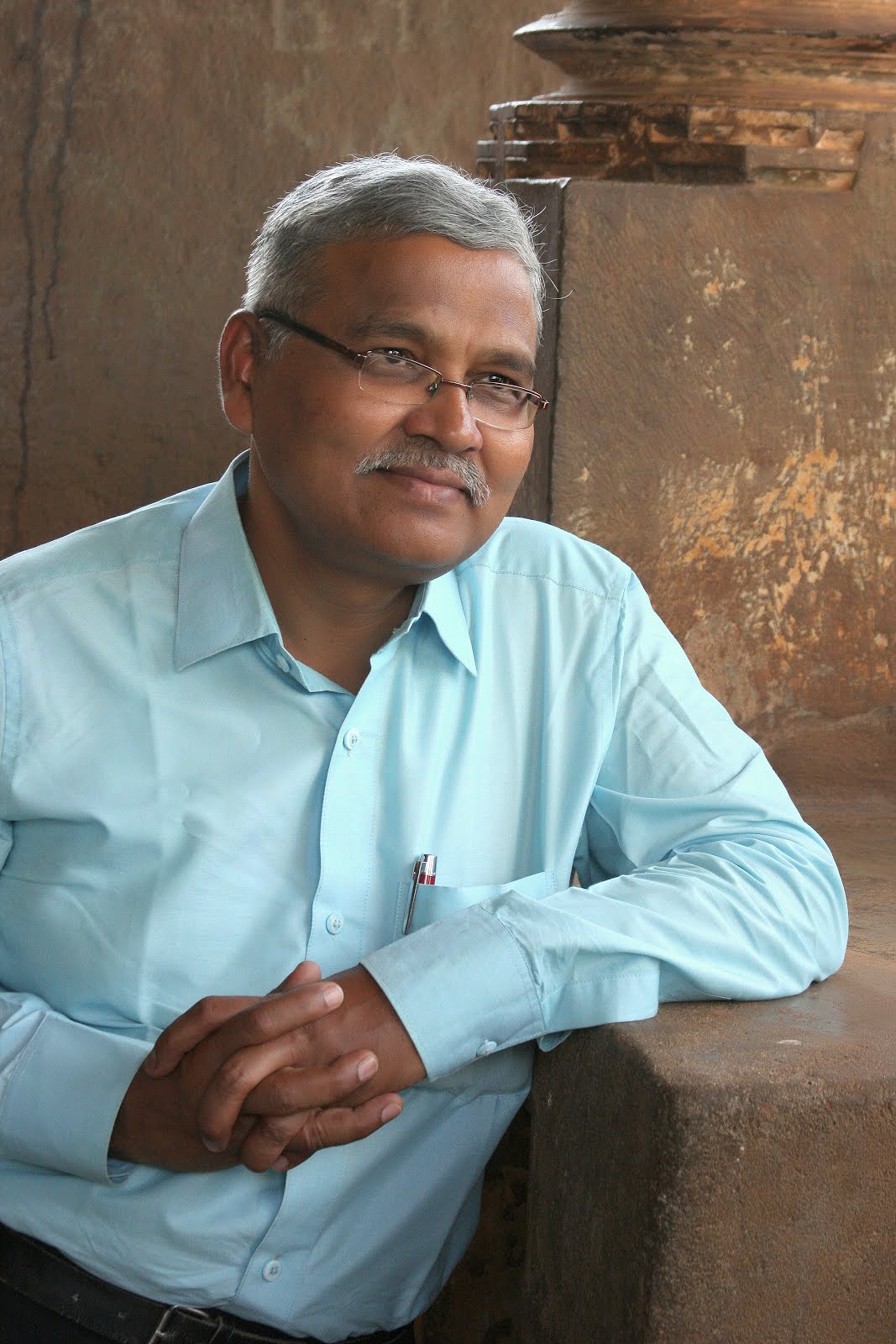 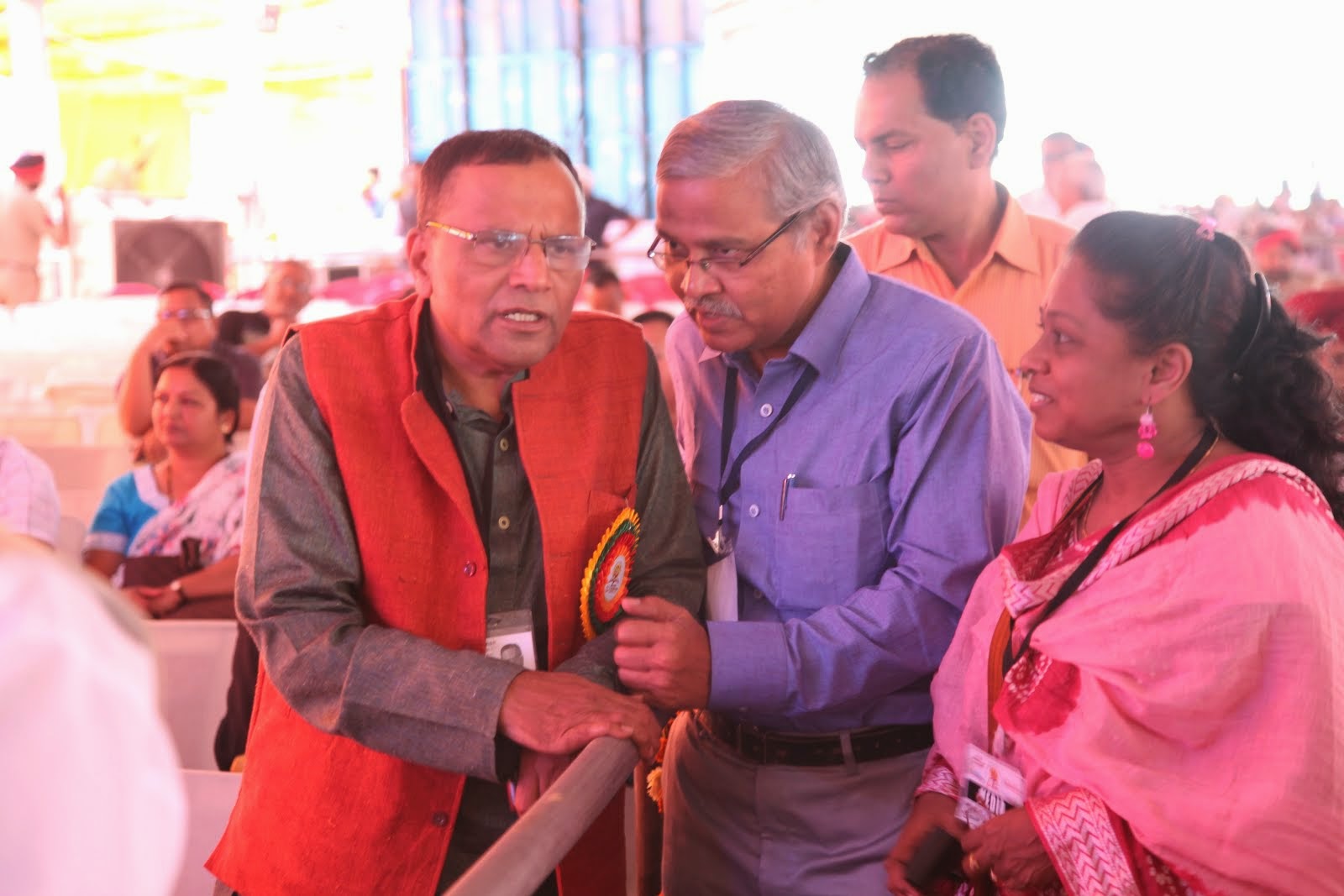 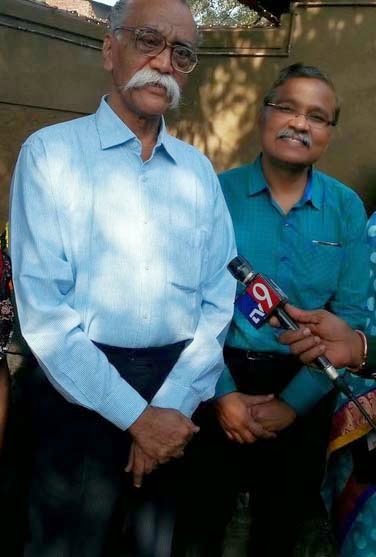 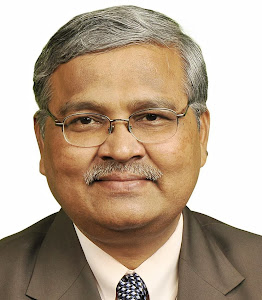